The property is a Victorian mid terrace house on the border of Clapton and Stoke Newington. The main building forms a really good example of a large 3 storey late Victorian terrace, however the existing basement level had been partially excavated to form substandard living accommodation.

The brief was 3 fold, Phase 1 was a refurbishment of all living spaces, bedrooms and reconfigured bathrooms to all of the upper floors; Phase 2 was the creation of a large side and rear wraparound extension forming a new kitchen and dining area, with separate laundry room & WC; Phase 3 was the further excavation and full tanking of the basement to form a semi autonomous flat for rental, including new front lightwell with external access, kitchen, bathroom and private external rear courtyard.

The new wraparound extension was formed to work around large sections of the existing structure, in order to both minimise cost, but also to inform the new spaces and have a clear line of distinction between the original footprint and the new addition. This delineation helped zone the various functions, with utilities and cloakroom being accommodated within the existing rear projection, and the new kitchen and dining room wrapped around the existing footprint.

A courtyard was retained between the side extension and existing basement and rear reception, in order that all of the original rooms retained an external aspect, daylight, ventilation, and in the instance of the basement bedroom, direct access to a private external courtyard.

The existing basement was excavated further to provide improved ceiling heights and fully tanked with a cavity membrane and pump system. The basement has it's own front access, rear courtyard, kitchen, living area, shower room & laundry, so now functions as a semi-autonomous flat.

The rest of the property was refurbished to a high standard, with a new bathroom, shower room, doubled glazed sash windows and new finishes & fixtures throughout.


.
Featured on Houzz:
7 Designers’ Ideas for Adding Character to Your Bathroom 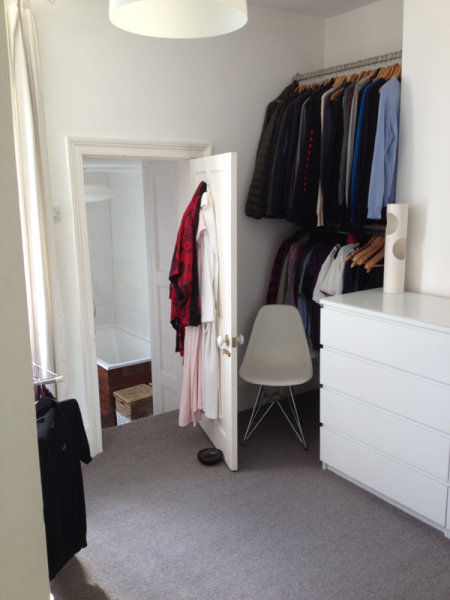