The clients for our second domestic project were a young couple who had recently bought this converted garden flat in the heart of Stoke Newington. Despite the recent conversion and a number of fantastic features, the property did have a number of inherent problems that the clients wished to address and resolve.

The first fundamental design decision was to reposition the bathroom deep in the lower ground floor plan at the back of the second reception room. This allowed the creation of a new third bedroom within the previous bathroom space; this not only provided significantly more usable space, but also added sufficient value to the property to justify the extent of the works proposed. The next key design decision was the removal of the original rear wall of the property which separated the kitchen/ dining space and the currently underused second reception. Upon opening this space up it was then possible to create a single open plan room accommodating dining, kitchen and lounge functions. The design of this space was focused on carefully coordinating the three separate programmes within the space, whilst also giving each aspect of the space its own identity. In addition to this reconfiguration, the rear wall was opened up to accommodate a wide format bi-fold door system; this brings significantly more light into the new larger open plan space, and also provides significantly improved visual and physical connection with the garden.

In addition to the spatial remodeling of the spaces, a number of other material improvements have been undertaken: the floor to the new open plan living space has been insulated and a DPM installed (the bare earth was previously exposed); a new hot water underfloor heating system has also been installed to the extent of the floor area. All external walls to the rear of the property have also been thermally insulated. To address the poor acoustic separation from the flat above, all party walls and floors have been acoustically insulated.

During the course of the project the clients became pregnant and gave birth to their first child, a baby daughter. The improvements that have been carried out to the property now serve to support their newly acquired family life and should comfortably support them for the foreseeable future.

We also pay tribute to Gavin Taylor, the contractor on the project, who was tragically killed in a cycling accident just as completion of the project was reached. Gavin was a dedicated, enthusiastic and conscientious contractor, who had also become good friends of both architect and client over the course of the project. Gavin will be sorely missed and we will be eternally grateful to him for all of his help and support during this formative stage of our business. 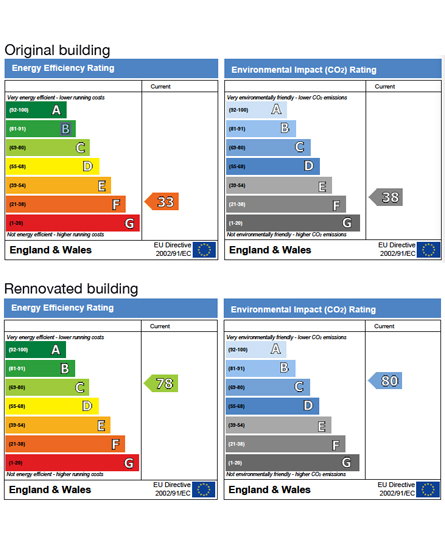